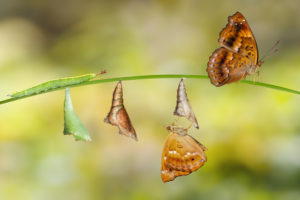 “Why you’d look to Peru to find deals is beyond me.” That was the reaction from one secondaries market participant when Secondaries Investor reported in September that Park Hill was running a process with Lima-based private equity firm Enfoca to restructure three existing funds.

The argument was this: the US is the world’s biggest private equity market. Surely there were enough deals to be found there?

Four months on and the deal has closed, with Canada Pension Plan Investment Board and Goldman Sachs Asset Management backing an almost $1 billion transaction that involves fresh capital for a new eight-year vehicle.

Here are a few things Secondaries Investor learned this week about the deal (the parties involved declined to comment):

With pricing at all-time highs, fierce competition from buyers awash with cash, and non-traditional entrants giving secondaries firms a run for their money (The Los Angeles County Employees’ Retirement Association is the latest to join the fray, as we reported this week), should secondaries participants start taking emerging markets secondaries more seriously as a source of dealflow?

Well, to a certain extent they already are. Several firms with secondaries operations have opened offices in Latin America including Lexington Partners, PineBridge Investments, HarbourVest Partners and Hamilton Lane to name a few. While they’re not exactly swimming in dealflow, they are laying the groundwork. When GP-led opportunities arise, they will be positioned to capitalise.

The fundraising figures paint an enticing picture: around $212 billion was raised for private equity funds focusing on emerging markets in the boom and recovery years between 2006 and 2010, according to EMPEA. Many of these funds are beginning to reach the ends of their lives, and with at least $48 billion of the capital raised by managers which have failed to raise a successor fund, LPs may be keen to turn to the secondaries market for liquidity.

Sources Secondaries Investor spoke to this week were enthused by the Enfoca deal, with the managing director at one firm that focuses on restructurings comparing it with BC Partners’ $1 billion stapled deal last summer. Large, headline deals help open up the market for more GPs to get comfortable with secondaries processes, the MD said.

The key, of course, lies in the assets and manager quality. But if you can get comfortable with the assets – be they in Lima, Warsaw or Mumbai – you may just emerge with a decent, and potentially huge, deal on your hands.

What is the potential for emerging markets secondaries? Let us know: adam.l@peimedia.com or @adamtuyenle