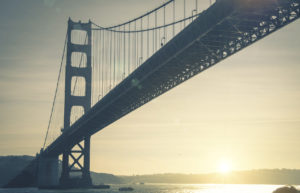 Akkadian closed its third direct secondaries and co-investment fund on $74 million in October. The fund was oversubscribed and surpassed its $50 million target.

“We don’t do a lot of portfolios,” said Black. “We go directly into the company to service its employees and angel investors.”

Akkadian primarily focuses on US-based companies. The firm has considered deals in Western Europe and Israel but is generally hesitant toward international opportunities.

“I’m a steward of other people’s capital and I don’t want to take on unknown risks,” said Black.

Akkadian’s prior fund closed on $22 million in 2012 and was deployed in roughly 18 months, but Akkadian plans to take three fullyears with its latest fund for a number of reasons, including steep prices.

“Who knows what prices will be like in the future, but we think prices are pretty high right now and we think it pays to be careful,” Black said.

Akkadian is based in San Francisco and is led by co-founders Black and Peter Smith. Black also founded Momentumindex.com which tracks private venture-backed companies. Smith used to practice corporate securities law at Cooley, according to Akkadian’s website.