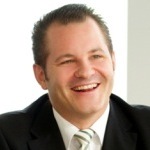 Akina closed its debut secondaries fund, Euro Choice Secondary, on €224 million thanks to a growing appetite from Europe from North American investors, explains head of secondaries and principal Christian Böhler.

What’s it like raising a first-time secondaries fund right now?

Since we were able to build on an existing track record the fundraising situation was different. However, the successful fundraise depended on revealing the investment opportunity, demonstrating the ability to exploit that opportunity and successfully deploying capital during different market cycles. Delivering attractive returns to investors is also vital. Finally, having an early first close (Akina held a first close on €73.5 million in July) and visibility on an initial anchor portfolio was key in the current environment.

How many of the fund’s LPs were existing investors from other Akina funds?

Euro Choice Secondary was launched with two initial investors. About 40 percent of the fund’s investors are new and we feel comfortable with our 60 percent of existing investors. The mix of investors is similar to the primary fund investment programmes we advise. Geographically, we see an increased appetite for Europe from North American investors.

Did the fund terms and fee structure change from Akina’s other funds?

What do you expect of the fundraising market in 2015?

Fundraising markets have been and will remain challenging – with rather digital outcome for market participants. High quality teams and products will find it relatively easy to raise money, while lower-quartile performers will struggle to raise sufficient amounts of capital. We have invested a lot in fundraising and relationship management lately and have had the opportunity to talk to a lot of interesting potential investors. We feel well prepared for future fundraising challenges.