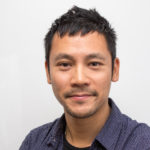 Once the darling of emerging markets private equity investing, Abraaj Group has been battling fires over the last two months amid allegations it misused LP capital from one of its funds.

Dubai-based Abraaj was thrust into the spotlight after reports emerged in February claiming the firm might have misappropriated money from its $1 billion 2015-vintage Abraaj Growth Markets Health Fund. You can find a timeline of developments at the firm here, which details events such as the firm’s decision to separate its fund management business from the holding company, the departures of key executives (including chief executive Arif Naqvi) and the cancellation of the firm’s annual investor week.

Secondaries Investor has been hearing rumblings since January that something may be afoot, such as a potential spin-out backed by a large, well-known European secondaries firm.

On Monday came reports the firm may be seeking buyers for all or a part of its private equity business; the same reports also mentioned some investors in Abraaj’s funds want to reduce their exposure to the firm by selling stakes in its existing vehicles.

The opportunity to back a spin-out or acquire LP stakes – potentially at a large discount if a seller is desperate to cut its ties with the firm – is traditionally an arena where secondaries firms thrive. Sources Secondaries Investor spoke to, however, weren’t overly excited about developments over in the Arabian Peninsula.

Save for a few select firms familiar with emerging markets, the niche focus of Abraaj’s investment strategy would make it hard for buyers to get comfortable with a large deal, be it acquiring LP positions or backing a spin-out, sources said. The firm has region-specific vehicles focusing on areas such as Latin America and North Africa, as well as country-specific funds with names including Palestine Growth Capital Fund and Pakistan Private Investment Initiative Abraaj, according to PEI data.

As one source put it, it would be one thing if this was happening in the US mid-market; the fact the location of Abraaj’s investments are in emerging and frontier markets makes the pool of potential secondaries buyers extremely narrow at best.

Uncertainty around developments at Abraaj also means the situation is less comfortable for buyers. Third-party auditing firms have been called in to conduct reviews of both the healthcare fund and the firm’s corporate structure, something likely to put off secondaries buyers.

“Whatever’s being investigated here would have to be ultimately resolved before you could see anyone wanting to step in,” said one New York-based advisory source.

Secondaries is a strategy known for its creativity and ability to think outside the box, but buyers generally require certainty, visibility and diversification of underlying assets before they invest LPs’ capital. With so many opportunities in the developed markets of North America and western Europe, a potential deal in the Middle East with a firm for which the future seems uncertain may be a little too hairy, sources said.

Of course, a deal involving Abraaj – such as a spin-out – may come as a surprise but it wouldn’t be unthinkable, especially considering the roughly $125 billion in dry powder available to secondaries buyers and the pressure they’re under to deploy capital.

As one Gulf-based private equity executive familiar with the firm put it, it has been a “different surprise every couple of weeks”.

How do you see the situation at Abraaj? Let us know: adam.l@peimedia.com or @adamtuyenle