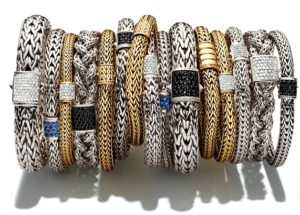 3i Group has paid £27 million for a limited partner interest in its own Eurofund V, according to the publicly listed firm’s interim management statement for the period 1 April through 30 June.

3i’s secondary purchase increased the firm’s stake in Eurofund V by about 2 percent. Eurofund V is a 2006-vintage fund that raised €5 billion for majority investments in European mid-market companies, according to PEI’s Research and Analytics division. The fund made a total of 32 investments.

It’s unclear from whom 3i purchased the fund interest and the firm declined to comment, but LPs in the fund include the Abu Dhabi Investment Authority, Goldman Sachs Asset Management and the Florida State Board of Administration, according to PEI data.

3i has been retooling its overall business lines and restructuring some of its funds including Eurofund V. The fund started to struggle in March 2011, when it was only 71 percent invested and investors were generating a 0.8x return on commitments, Secondaries Investor’s sister publication Private Equity International previously reported. Eurofund V’s investment period was extended from November 2011 to November 2012 and 3i reportedly shed some of its staff and closed several offices, as part of its restructuring process.

As of 31 March 2013 Eurofund V was generating a multiple of 0.93x. However, performance improved throughout the year, which helped the fund’s valuations recover to a 1.13x multiple as of 31 March 2014. At the time, the fund was 90 percent invested with the remaining capital to be used for investments within the existing portfolio.

3i’s private equity team is different from the team that made the original Eurofund V investments, the firm’s chief executive officer Simon Borrows said last year. Still, despite the improved performance 3i will not consider raising a successor vehicle until 2015.

“I feel we need a period where the current private equity team, under these current arrangements and stewardship, needs to make investments, manage investments and exit investments,” Borrows said. “They came together at the end of 2010 and started to do this in 2011 – and I think we need a little longer for them to evidence progress, before we go forward to the market.”

3i didn’t make any new investments during the period from 1 April through 30 June 2014, according to its interim management statement.

3i received £164 million in private equity realisation proceeds and exited its minority stake in architecture firm Foster + Partners for a 1.8x return. The firm also anticipates about £240 million of exits will close in the near-term.

Today, the firm announced the sale of designer jewelry company John Hardy, which will generate a 1.9x return multiple. Among the other anticipated exits is engineered parts company Hilite. 3i has agreed to the exit and although it hasn’t closed yet, it’s expected to generate a 2.1x return, according to the firm’s website.