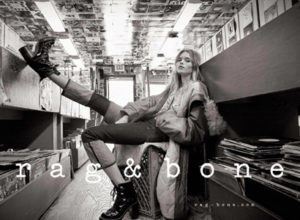 GP-led deals in the secondaries market can be hit or miss. If options offered to limited partners aren’t attractive, general partners and buyers can receive significant pushback, and the transaction fails.

The deal involving Irving Place Capital Partners Fund III didn’t fall in that category. The firm had successfully invested under the Bear Stearns umbrella for nearly 20 years, but the financial crisis had hurt the portfolio, which included forays into unfamiliar sectors.

When IPC hired advisory firm Park Hill in 2015, it was looking to extend the investment period and the term of the fund. Secondaries fund manager Coller Capital was able to assist by offering attractive options to LPs.

[dropcap]1[/dropcap] Spin out
In 2006, Irving Place Capital, then operating as Bear Stearns Merchant Banking Group, had just raised its third fund, which closed on $2.7 billion; it followed a $1.5 billion fund a few years earlier. The firm immediately began investing from the new fund, deploying more than $1 billion in eight companies over two years, almost all of which were in sectors that hadn’t historically been the focus of the firm, such as financial services, natural resources and healthcare.

“Then the world ended,” says John Howard, co-managing partner at IPC. The financial services and the natural resources companies in particular, which made up six of the eight investments, began to struggle. “As we were dealing with these investments, Bear Stearns had its own set of challenges, and ultimately [was] sold and became part of JPMorgan in 2008,” Howard adds. The firm spent only six months or so with its new owner before spinning out to become Irving Place Capital.

[dropcap]2[/dropcap] Back to basics
When IPC began investing again in 2009, it made the decision to concentrate on the types of businesses it had previously been successful with, which were in the industrial, consumer, packaging and retail sectors, such as fashion retailer rag & bone.

As the end of the fund’s life approached, IPC was left with a split portfolio: pre-crisis investments, which still needed time before they could be optimised and sold; and post-crisis ones, which were faring better but hadn’t had enough time to mature.

At the same time, some LPs had told IPC of their interest in liquidity. Instead of letting each LP go out in the secondaries market by itself, the firm decided to facilitate a GP-led secondaries transaction, which would result in a higher price for LPs. “We felt it would be easier to help them in a bigger process,” says Howard.

[dropcap]3[/dropcap] A complex deal
IPC was specific about what it wanted to achieve but the deal would be complicated.

The firm was adamant it should offer par to net asset value to LPs willing to sell, while guaranteeing that those opting to stay in the new structure wouldn’t see any fundamental changes in the terms of the fund except adding an additional five years to its life.

“They could roll over their investment on pretty much exactly the same terms as they had before,” Howard says. “No new carry. Essentially this was a fund extension with a liquidity option at fair market value.”

In addition, one of the 10 investments remaining in the portfolio, IronShore, a large insurance company in which IPC was the lead investor, was in the process of being sold at more than book value. The transaction would offer a better return for LPs and the firm opted to exclude it from the secondaries deal, adding to the complexity, but ultimately benefiting investors.

[dropcap]4[/dropcap] IPC picks Coller
Coller quickly emerged as the buyer of choice for the transaction. “They were everything we were looking for in a partner,” says Howard. “They were willing to pay the fairest and highest price, and they were also willing to provide a flexible and smart approach to the structuring.”

Coller understood IPC’s main goal: to stabilise the platform. “The firm had to work through these assets before being able to raise its next fund,” says David Platter, partner and co-head of origination at Coller.

After six to nine months of work, IPC obtained a fairness opinion from Houlihan Lokey and the deal finally closed in July 2015, with 90 percent of LPs voting in favour and 35 percent rolling into the new vehicle.

It represented about $1 billion in net asset value, $645 million of which was invested by Coller. The remainder went to other undisclosed investors, mainly LPs which co-invested. Additional capital was made available for two years to allow IPC to make new investments.

[dropcap]5[/dropcap] Value growth
Since the secondaries deal closed, IPC has made two new acquisitions. It picked up DynoJet, which manufactures high-performance products for vehicles like motorcycles and snowmobiles, and Ohio Transmission Corporation, which makes motor control, pump and air compressor products. It is currently working on two potential exits, which Howard anticipates could close in the next six months.

“It ’s still early days, but the cash back so far has been in line with what we expected,” says Platter. “We typically expect liquidity three years after a transaction.”

IPC is also gearing up to raise its fourth fund in 2017, seeking between $1 billion and $1.5 billion.

“We felt we hadn’t proved yet what we could do in this new world, so we needed a little more time,” Howard says. “This way we can show the growth in the value of the portfolio.”