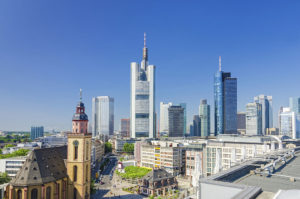 Idinvest Partners has expanded into Germany by opening a Frankfurt office, bringing the firm’s global bureau count to five.

Florian Zimmermann, a senior advisor who has been with the Paris-headquartered firm since 2014, will lead the office, according to a statement. He will be joined by Verena Frychel and Thorsten Kern on Idinvest’s private debt team.

In a statement, the firm’s president, Christophe Bavière, noted Frankfurt is becoming a growing financial centre in Europe following the EU referendum in the UK. He also commented on the firm’s history of providing financing to German-domiciled companies.

The firm has also added three people to its private debt team as part of the move.

As of September the Idinvest had raised €350 million for Idinvest Secondary Fund III and was hoping to raise a further €50 million by the end of last year.

Idinvest spun out from German insurer Allianz in 2010 and has about €7.1 billion in assets under management.