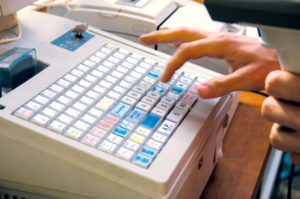 Verdane Capital, a Norwegian private equity firm, has purchased a portfolio of five Swedish companies in a direct secondaries deal, marking its ninth transaction from its latest secondaries fund.

The Oslo-headquartered firm bought the majority stakes in the companies through its Verdane Capital VIII fund from Nordic investment firm Sequent Invest, according to a statement. The deal represented around 300 million SKr ($35 million; €32 million) in enterprise value for Verdane, according to Pal Malmros, a partner at the firm.

“This is a collection of companies that have good and cyclically stable margins so have stable cashflows expected,” Malmros told Secondaries Investor.

In January, the firm used Verdane VIII to purchase a portfolio of seven Swedish firms from Aggregate Media in a deal worth around 50 million SKr, Secondaries Investor reported. At the time of that deal, Verdane VIII was around 55 percent invested.

Verdane VIII is a 2014-vintage 2 billion SKr vehicle and is the firm’s latest fund, according to PEI’s Research and Analytics division.

Verdane fully exited 10 core companies in 2015. The majority of the firm’s exits are through trade sales, according to a spokesman for the firm.

Stockholm-based Sequent invests in small-cap companies in the Nordics with an investment horizon of three to five years, according to its website.

Verdane manages around €700 million in committed capital and provides growth capital to Nordic companies in IT, energy and advanced industrial industries, according to its website.