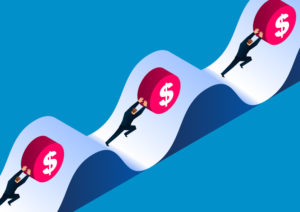 TPG, which has been talking to limited partners about its debut GP-led secondaries fund since at least 2020, appears to have built momentum around the pool.

The market has been waiting to see what kind of reception TPG’s pool would attract from LPs, being a first-time fund and a new platform for the mega-firm. TPG is among several larger firms to bolt on secondaries capabilities to capture a piece of the growing market. Other firms include Blackstone, Apollo Global Management and Carlyle, along with Audax Group, which is building up an effort at secondaries.

TPG reported an initial fundraising haul of about $312 million as of September, according to its third-quarter earnings report. It is understood the firm intends to hold a fund close soon on a higher amount, though it is unclear how much. A TPG spokesperson declined to comment.

The fund officially launched in January, after the firm brought on ex-Pantheon partner Matt Jones.

It’s not clear how much TPG GP Solutions is targeting. During early conversations with potential LPs, TPG talked about a target of up to $2 billion, affiliate title Buyouts previously reported.

The vintage 2022 GP Solutions fund has deployed about $88 million, the report noted. The first deal in the pool was TPG’s lead investment in North Castle’s single-asset deal for CR Fitness, a Crunch fitness club franchisee, according to an October statement. The continuation fund acquired CR Fitness from North Castle Partners VII and other investors alongside an investor consortium that included Montana Capital Partners.

TPG also invested into a GP-led deal run by CCMP Capital earlier this year to move facilities  management services company BGIS out of an older fund and into a continuation pool. The continuation vehicle also took over a small stake in Truck Hero, Buyouts previously reported. TPG invested in that deal from its balance sheet.

Secondaries is an area of growth for the firm, said Jon Winkelried, TPG’s chief executive, on the earnings call, according to a transcript.

“Given the environment that we’re in and what’s happening in the secondary market, particularly as it relates to GP capital, we’re laser-focused on continuing to grow that. We think it’s a very large opportunity. And GP solutions capital is the one area in our market where we see it being undercapitalised.”

TPG hired Michael Woolhouse in 2020 to create and lead a secondaries platform pursuing GP-led deals in Europe and the US. Woolhouse led secondaries at CPP Investments before joining TPG.

“The market is super busy and LPs are stretched both on capital and on time. The secondary industry is experiencing exactly the same thing… things are just taking a little bit more time,” said the London-based managing director of a global advisory firm.