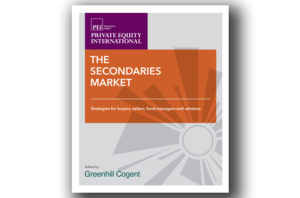 Ropes & Gray’s Raj Marphatia and Frank Williams examine the legal points buyers and sellers should consider when making secondaries deals. In this second part of a chapter from The Secondaries Market, they look at the types of representations and warranties, excluded obligations and indemnifications that may appear in Purchase and Sale Agreements.

While the scope and breadth of  representations and warranties vary from PSA to PSA, it is unsurprising that those relating to the economic dimensions of the interest being purchased are the most important. It is critical for the buyer to understand the size of the interest it is acquiring, and the size of the obligations it is assuming. Consequently, the buyer requires the seller to provide representations regarding its:

The buyer also requires the seller to specify exactly which contracts it is assuming as part of the transaction.

Buyers also assume the seller’s obligations under the fund’s governing documents. To ensure that it knows the dimensions of those obligations, the buyer typically requires the seller to list in a schedule each contract that it is assuming. Sellers often try to qualify this representation to their knowledge, but most buyers strongly resist this on the grounds that they cannot assume obligations under unspecified and unknown contracts.

Although one might expect these issues to be vetted during commercial due diligence, it is surprising how often they are first raised when negotiating the legal representations in the PSA.

Each of these items is discussed below.

Excluding obligations resulting from the seller’s pre-closing breaches of the fund’s governing documents is relatively uncontroversial. For example, if the seller’s representations under its fund subscription agreement were false and resulted in a loss to the fund, most sellers and buyers agree that the seller would retain this obligation  and it would not be assumed by the buyer. Sellers must be careful that this exclusion is limited to pre-closing obligations under the fund’s governing documents and not under the PSA itself. Breaches of the PSA are governed by the PSA and its indemnification regime, and should not be treated as excluded obligations that the buyer does not assume.

Similarly, excluding the seller’s closing and pre-closing tax obligations is rarely controversial. Any claims by the fund for taxes that should have been withheld on a pre-closing obligation, or taxes associated with the sale of the interest, are generally acknowledged to be obligations retained by the seller. This item has become more significant since the issuance of the new partnership tax audit rules,¹ and buyers should be careful to ensure that the PSA properly takes into account the new fund-level adjustments permitted under those rules, and allocates such liabilities to the seller.

The third item listed above is also uncontroversial. Losses resulting from the seller’s acts or omissions are typically retained by the seller. For example, if the seller has provided a post-closing certification to the fund regarding its regulatory status (for example, for purposes of the ‘bad actor’ rules under Rule 506(d) promulgated under the Securities Act) which proved to be false, the liabilities associated with that action would rarely be assumed by the buyer. Occasionally, buyers try to expand this exclusion to cover any pre-closing acts or omissions, regardless of whether they were connected to the seller. Most sellers reject this approach on the grounds that general risks associated with the fund (for example, one of the fund’s portfolio companies experienced setbacks which were not reflected in the fund’s valuation of that portfolio company) must be assumed by the buyer.

The fourth item listed above is one of the most contentious issues when negotiating a PSA. Some buyers take the position that any post-closing losses associated with portfolio companies realised by the fund before the closing should be borne by the seller, regardless of whether that loss is recovered by requiring partners to return distributions made with respect to such portfolio companies through calling down additional capital contributions, or by funding such loss through the fund’s other assets. Sellers typically resist this position because it is difficult to implement and it can significantly delay closure on a transaction. Under the most pro-buyer version of this position, the seller would be responsible for any post-closing loss on a realised deal, even if the fund financed the loss in question from its own assets and did not directly involve the partners. Such a loss could occur at any time, and the buyer and seller would have little visibility into the amount of the loss and how it was allocated among the various LPs and the GP.²

Sellers, on the other hand, argue that these types of risks are incorporated  into  the fund’s NAV and should therefore be assumed by the buyer. A typical compromise is for the seller to remain responsible for any distributions recalled by the fund pursuant to a partner giveback provision, because the seller’s share of such liabilities is easy to identify and limited in duration (as giveback provisions can often be invoked only two to three years after the date of a distribution). Sellers should be careful to remain responsible only for givebacks of distributions on or before the reference date (as opposed to the closing date), because the buyer typically receives the economic benefit of all distributions after the reference date.

While the buyer and seller may occasionally arrange to ‘sign and close’ on the same day, the actual transfer of the interest occurs several days after the PSA is executed. As such, the buyer and seller agree in advance that certain conditions, listed below, must be met prior to closing:

The economic limitations on indemnification come in two forms: a minimum threshold  for claims and an overall cap on damages. To avoid controversy over relatively de minimis claims, the PSA usually provides that no party shall be required to provide indemnification until such claims exceed an agreed threshold (typically based on a percentage of the purchase price). As the seller is less likely to bring a claim, it prefers a higher threshold than the buyer. While it varies, between 1 percent and 2 percent of the purchase price is generally considered a ‘market’ threshold level. In addition, the buyer will want to be sure that once the threshold is exceeded, it can recover from ‘dollar one’, as opposed to just amounts in excess of the threshold.

In addition to the threshold, indemnification is limited by setting a cap on damages. Unlike traditional M&A deals, it is typical for damages in a secondaries transaction to be capped at 100 percent of the purchase price. The main point of negotiation is whether the purchase price is defined as the cash transferred at closing or whether it also includes the liability assumed by the buyer, specifically the seller’s remaining unfunded capital commitment. The buyer will argue that the seller’s remaining unfunded capital commitment should be included because it is a critical part of the consideration received by the seller — the buyer has to make a cash payment to the seller at the closing and make capital contributions to the fund. In most cases, sellers are able to resist the inclusion of the remaining unfunded commitment in the cap. However, a seller with less negotiating power may be willing to permit the cap to include capital contributions actually made by the buyer to the fund during the buyer’s ownership of the interest (as it is not uncommon for a fund to dissolve with some amount of capital commitments remaining unfunded). In multiple interest deals, sellers often try to impose this cap on an interest-by-interest basis rather than in the aggregate, a position (not surprisingly) fiercely resisted by buyers.

In addition to the above, sellers usually want the PSA to specify that indemnification is the sole remedy for breach of the PSA and that punitive and consequential damages are not available. The lack of a ‘remedies exclusive’ clause provides an effective end run around the cap on indemnification for the non-breaching party. In the current market environment, punitive and consequential damages are usually excluded unless awarded in the context of a third-party claim.

The expenses of each party to the PSA are typically borne by that party. The expenses incurred by the fund in approving the transfer and negotiating the transfer agreement, however, are typically shared equally by the buyer and seller. The one exception to this rule is when the buyer wishes to enter into a side letter with the fund. In that case, the fund’s expenses incurred in connection with that side letter negotiation are typically borne only by the buyer. Most secondaries transactions today are intermediated by a broker, and the PSA needs to specify which of the two parties is responsible for the commission owed to the broker.