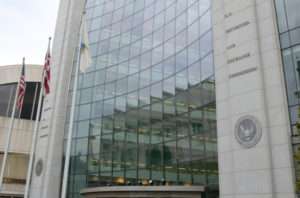 When the US Securities and Exchange Commission spent a week at New York-based private equity firm Leeds Equity Partners as part of a routine exam in January, it spent considerable time examining a single fund stake sale in one of the firm’s existing vehicles.

“My understanding was that fund restructurings were something the SEC was more interested in,” Peter Lyons, Leeds’ managing director and chief financial officer, said at a recent roundtable event moderated by sister publication Private Equity International in New York. “That is more what I was expecting from the exam.”

Instead, the commission dug into the details of the sole fund stake sale.

An LP had asked Leeds for help to sell its stake in the fund and the firm had put it in touch with parties that had previously expressed an interest. The GP then “had nothing to do with the negotiation process”, explained Lyons.

“There were a lot of questions about that – wanting to know exactly what role we played in the process,” he said.

Lyons’ take is that his firm’s exam was “the tip of the spear” and that the regulator is seeking a greater understanding of the process and whether the best interests of the investors are being served. “They were asking all the right questions,” he said. “I wouldn’t be surprised if the SEC comes out in the near future with something on secondaries.”

Lyons’ assertion – that the SEC is scrutinising how GPs handle secondaries activity – is backed up by lawyers familiar with exam processes.

Heather Stone, a partner and co-chair of the investment advisor and alternative funds group at law firm Locke Lord, told PEI that she has observed at least two instances in the last year of SEC exams featuring scrutiny of the GP’s role in secondaries transactions.

“One thing that would make the SEC uneasy is the lack of standard or best practice around the role a GP plays in these transactions. LPAs rarely contain wording about this, so the SEC will want to reassure itself that there is nothing happening below the surface that benefits the GP to the detriment of LPs,” says Stone.

The SEC declined to comment for this article. In its 2017 examination priorities it pledged to “continue to examine private fund advisors, focusing on conflicts of interest and disclosure of conflicts as well as actions that appear to benefit the advisor at the expense of investors”.

This is not the first time that the US regulator has expressed an interest in the private fund secondaries market. In 2015 and 2016, Igor Rozenblit, then co-head of the private funds unit at the regulator, made a number of statements about the potential for conflicts of interest in GP-led restructurings and stapled secondaries deals. While this was a focus for the commission it did not lead to any enforcement actions on this particular topic.

Norm Champ, the former director of the Division of Investment Management at the SEC and now a partner at law firm Kirkland & Ellis, told PEI that he has seen the topic included in some exams with a focus on disclosure of conflicts in such transactions.

Champ believes the SEC is familiarising itself with this relatively young market but does not believe that it is a “huge area” of focus. “The focus of the commission at the moment is capital formation,” he said. “Hindering secondaries – capital being able to move in and out of an asset class – would run counter to this.”