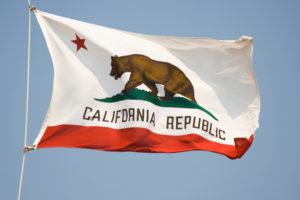 The investment firms bought CalPERS’ entire stake in ESP Golden Bear Europe Fund, an account set up in 2007 and managed by SL Capital for the pension, a UK regulatory filing shows. The deal, which included a €400 million fund focused on midmarket European investments and a €100 million small-cap European pocket, was split between Partners and SL Capital on a two-thirds to one-third basis, according to a source familiar with the matter.

Secondaries Investor reported in May that CalPERS was planning to sell over $2 billion in assets and had hired Greenhill Cogent to advise on the process. It is understood the Golden Bear deal was part of this sale.

Golden Bear was launched to focus on European private equity and could invest in funds up to €2.5 billion in size through primary and secondaries, with up to 30 percent in co-investments, according to a performance document from CalPERS. The fund has made at least 21 investments, the biggest being a $37 million commitment to Exponent Private Equity Partners II.

CalPERS has been using the secondaries market to sell fund stakes and reduce the number of external managers with which it has relationships. An August report by Pension Consulting Alliance on CalPERS’ first half 2016 private equity programme performance showed the pension disposed of 46 fund positions representing more than $2 billion during the fiscal year, resulting in a reduction of ties with 24 managers.

The pension had relationships with 94 private equity managers as of 30 June, according to its CIO Performance Report.

A spokeswoman for CalPERS told Secondaries Investor the portfolio sale had not completely closed as of the end of October and declined to give further details.