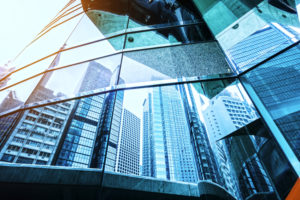 The firm has hired an advisor to sell all or a portion of its real estate private equity fund interests, according to a statement. The portfolio had a carrying value of $916 million on 31 December, with $58 million in expected future obligations.

The New York-listed firm is also selling its direct real estate holdings as well as its commercial real estate loans, corporate debt investments and real estate securities, according to the statement.

“Like many other public companies, we are in the midst of a dramatic increase in market volatility and are interacting with an investing universe which is placing a premium on companies to de-risk their businesses,” NorthStar’s chief executive, Jonathan Langer, said in the firm’s fourth quarter 2015 earnings conference call on 26 February.

“We believe these initiatives are appropriate and will firmly position NorthStar Realty for near-term value creation and for continued predictable strong results over the medium and long term,” he said.

Proceeds from the sales will go toward repurchasing NorthStar Realty common stock, which the firm believes is trading at a “dramatic discount” to net asset value (NAV). The firm will also use the cash to repay all or a portion of its corporate recourse borrowing obligations totaling about $600 million.

NorthStar’s real estate fund interests, which it calls private equity investments, are stakes the firm has acquired on the secondaries market. In February, NorthStar received $145 million from the sale of one of its real estate fund portfolios with a remaining $39 million to come from the deal in March.

It was not clear if NorthStar will be making new fund purchases, and a spokesman for the firm did not respond to requests for comment by press time.

The firm received $139.5 million in aggregate gross distributions during the fourth quarter from its real estate fund interests.

NorthStar emerged as the buyer of some of Harvard Management Company’s real estate fund interests when the endowment brought $1 billion worth of stakes to market last year, as Secondaries Investor reported.

Deal volume in real estate secondaries rose 71 percent last year compared with a year earlier, according to a report by Landmark Partners, and market participants expect this year to be even bigger if several large portfolio sales currently in market go through.