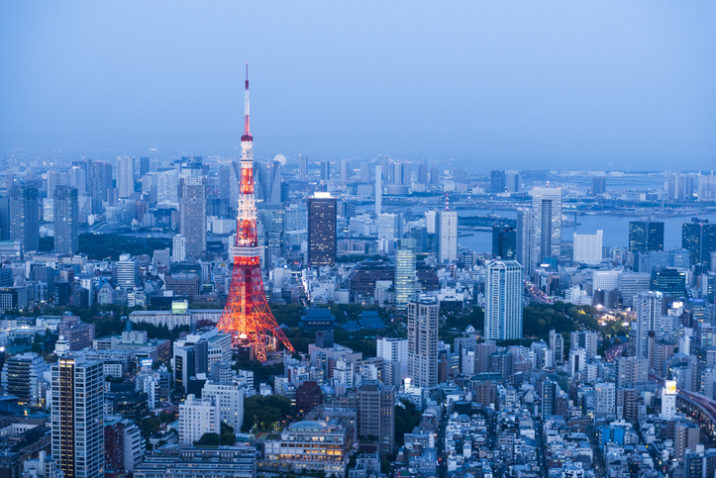 Northleaf Capital Partners has opened an Asia-Pacific office, as the $21 billion private markets firm seeks to build out its investor base.

Northleaf set up shop in Tokyo, its ninth location globally and second in Asia after the 2018 opening of an office in Melbourne, Australia, according to a statement.

The goal, managing director and APAC head Jeff Pentland told affiliate title Buyouts, is to create “a more immediate and local connection” with new and existing LPs in the region.

With many North American LPs facing cash constraints, GPs in fundraising mode are scouting around for alternative sources of capital. For those with global platforms, one option is increasing commitment flows from overseas investors.

Several large GPs have proven successful in raising more foreign capital for their flagship offerings. Among them is TPG, which in August confirmed “a mix-shift” in the LP base, rendering it “much more international this cycle than it was last cycle.”

For Northleaf, establishing a physical presence in Tokyo to recruit and service Asian investors is not a tactical response to US-based overallocation issues, Pentland said. Rather, the Canadian firm “has had [its] eye on the region for some time now”.

Northleaf will develop relationships across the LP spectrum, taking in pension systems, insurers and financial institutions, both big and small, he said. They will include investors who are “relatively new” to alternative assets, such as Japanese LPs, which have only recently been moving into private markets.

The mid-market orientation is appealing to many Asia-Pacific LPs that started “at the large end of the market” and are now looking to diversify, Pentland said.

Like other LPs, Asian investors are also keen on strategies that provide refuge from prevailing economic uncertainty and volatility, Pentland said, along with “a focus on yield”. Examples are floating-rate private debt, which tracks rising interest rates, and infrastructure, the essential assets of which are inflation-linked.

The appetite of Asia-Pacific LPs also extends to dislocation opportunities spawned by market turmoil, as well as the prospect of a recession in 2023. “In the past, what you’ve seen is vintages where capital is scarce and that is when private markets have tended to really outperform,” Pentland said.

On the secondaries side, Shane Feeney, managing director and global head of secondaries, said Asia is a big growth opportunity for secondaries in September. Northleaf amassed $800 million for Northleaf Secondary Partners II in 2018 – more than three times the amount of its predecessor.

Tokyo was selected as the launching pad for a LP relationship-building campaign in part because “it is interconnected with the rest of Asia”, Pentland said. Pentland, who early in his career worked at the Japanese law firm Mori Hamada & Matsumoto, relocated to Tokyo to drive the initiative and help “transplant Northleaf DNA”.

The Tokyo office marks “an initial step in the region”, he said, and could precede the opening of a third Asia-Pacific location, potentially in Seoul.

Pentland is a founding partner of Northleaf, which spun out of TD Capital in 2009 through an MBO led by managing partner Stuart Waugh.

In 2020, IGM Financial’s Mackenzie Investments and Great-West Lifeco, affiliates of the Desmarais family-controlled Power Corp, acquired a minority stake to facilitate a range of mutually beneficial goals. For Northleaf, these include long-term succession and access to retail investors through IGM-Lifeco’s distribution channels.

Over the past 12 months, Northleaf has secured more than $3 billion in commitments for its latest offerings, including a debut direct PE fund, Northleaf Capital Opportunities, which closed this year on $385 million.