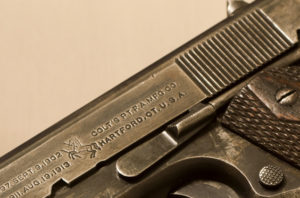 Newport Global Opportunities Fund, a distressed debt fund managed by Newport Global Advisors, is about to go through a fund restructuring, according to three sources familiar with the transaction.

“They’re just getting ready to send out the tender letters,” said one of the sources, adding that it will probably happen in the next couple of weeks.

As it is often the case with GP-led restructurings, this recap is taking place as the fund is nearing the end of its life but still has several investments. But it is also an example of a good manager being unlucky during the global financial downturn: Newport was caught in Lehman Brothers’ collapse and bankruptcy, which in turn impacted performance of its fund, a second source said.

“Its assets were custodied at Lehman, which had a hugely negative impact on their returns,” he said. “They’re good investors in a bad situation.”

Newport Global Advisors, a hybrid private equity and hedge fund, was founded in 2005 by former partners of AIG Global Investment Group, where they focused on high yield. The founders also had close ties to private equity giant Providence Equity Partners. Shortly after inception, it raised $500 million for its debut fund, Newport Global Opportunities Fund, a global distressed debt fund, according to Debevoise’s website. Law firm Debevoise, which worked on the fundraising and is also working on the fund restructuring, declined to comment.

The firm is currently run by chief executive officer Tim Janszen and senior managing directors Ryan Langdon and Roger May.

Newport Global Opportunities Fund was raised to take advantage of distressed debt opportunities that would arise from the next downturn. However, as the global financial crisis unfolded and Lehman Brothers filed for bankruptcy, Newport Global got caught in the mayhem.

On 10 September 2008, as rumours grew that Lehman Brothers was nearing collapse, the firm asked Lehman Brothers to transfer all assets held in their prime brokerage accounts to Credit Suisse, which would replace Lehman as prime broker. According to court documents, Lehman booked the transfer on 12 September 2008, but the securities actually never were transferred as Lehman filed for Chapter 11 bankruptcy three days later.

As a result, the assets were held in custody of Lehman and Newport began court proceedings to get them back.

“It was bad luck for Newport,” said a third source familiar with the restructuring. “It had a negative impact on returns and it didn’t accurately portray the investments in the portfolio.”

Some of the initial investors in the Newport Global Opportunities Fund included General Electric’s pension, according to one of the sources, and Ontario Teachers’ Pension Plan. It is unclear whether they are still limited partners in the fund as it is being restructured.

Some of the remaining portfolio companies in that funds include restaurant chain J Alexander’s, which was recently reorganised, and gunmaker Colt Defense, which is expected to emerge from bankruptcy by the end of the year.