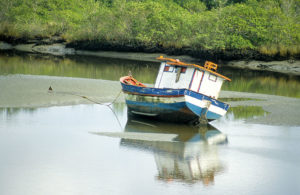 Commitments to secondaries are likely to fall in the second half of this year as high prices and record fundraising dampen investor sentiment.

The H2 Liquidity Index, released on Thursday and compiled by advisor and placement agent Rede Partners, puts investor sentiment toward secondaries at 43 on a scale where no change in sentiment is equivalent to 50, a more positive sentiment scores above 50 and less positive sentiment below.

This is a significant drop from the 52 the strategy scored in the first half of the year, which Rede said was indicative of the amount of dry powder in the market and competitive pricing.

According to advisor Evercore, dry powder in the secondaries market stood at $83 billion at the end of the first half of 2017, up from $70 billion a year earlier. Buyers plan to raise an additional $27 billion over the remainder of 2017 and 2018, according to survey data collected by the firm.

“The popularity of secondaries has undoubtedly surged in the last 18 months,” Yaron Zafir, the firm’s head of secondaries, said in a statement announcing the index. “Consequently, however, there has been an increased competition on deals, which is now starting to curb the rate of growth as some LPs are worried about high valuations.”

While sentiment has dampened across all investor types, funds of funds – the main provider of liquidity to secondaries funds – scored an encouraging 73 against 75 in the first half of 2017. Sentiment among insurance companies dropped to 31 from 44, pension funds to 30 from 40, consultants to 39 from 50 and endowments to 27 from 36.

Across private equity the survey found that sentiment towards distributions – whether they would be more, less or the same as the previous survey – is more positive this half than the last. European LPs scored 54 compared to 50 last year, North American LPs scored 61 compared to 54.

All types of investor took a more positive view on distributions in this half apart from pension funds, which scored 54 against 74 in the first half, and consultants, who scored 39 versus 41.

The Liquidity Index had participation from 165 LPs, representing more than €6 trillion in assets under management and €1 trillion allocated to private equity, the report noted.