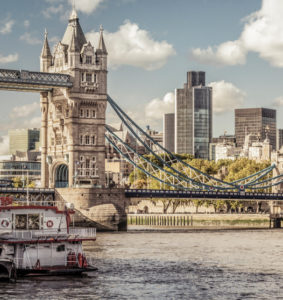 The Lancashire and London Pensions Partnership (LLPP), newly formed out of the London Pensions Fund Authority (LPFA) and the Lancashire County Pension Fund (LCPF), will target about half of its portfolio at illiquid assets, mirroring investment allocations at the LPFA.

These include private equity funds, secondary and direct investments, private debt, infrastructure, real estate and a bucket for other assets such as timber, Edi Truell, the head of the Strategic Investment Advisory Board (SIAB) established to advise the LLPP, told Secondaries Investor‘s sister publication Private Equity International.

Truell is also the chair of the LPFA until 1 September. LLPP’s portfolio will focus primarily on the UK.

“The LLPP will build on the LPFA model, that’s the recommendation,” said Truell, who is also the Mayor of London’s adviser for pensions and investments. “We want to move to a situation where we are in partnership with private equity GPs.”

The two pension funds’ local boards will remain in place. Their administration will be merged and the partnership is currently creating an investment team.

Truell estimates that the merger will save £75 million over five years in running costs.

“On every major strategic decision [the LLPP investment team] will ask the SIAB what we think,” Truell said.

The LLPP, with its combined pool of assets of about £10 billion, plans to become operational next April. It aims to pursue more direct and co-investment opportunities, and a wider range of fund managers, as reported previously by Private Equity International.

The LPFA is moving from a position three years ago where it had invested in 29 private equity fund of funds, which cost eight to ten percent a year in fees, a situation Truell described as “sub-optimal”, to a handful of significant, more direct relationships.

These are with secondary funds that allowed the authority “to get its money into the ground quicker,” including Coller Capital and Montana Capital Partners, he said. The LPFA executive team also run a direct co-investment programme with the help of Adveq.

The SIAB has a mandate to advise other public sector pension funds on consolidation and has held conversations with funds of The Shareholder Executive, the London Collective Investment Vehicle, a group of 12 London boroughs that have pooled assets, and the Pension Protection Fund.

“In two years time, you might see the London Collective join forces with the LLPP in certain asset classes. It makes sense to continue pooling assets,” Truell said.

The SIAB is building an infrastructure team, which may be used by the LLPP, and is close to launching an investor club of “like minded, long term investors” targeting “chunky” infrastructure opportunities of £1 billion or more.

“There is a pipeline of deal flow. There is competition for mainstream, £1 billion deals. A lot of good investments have gone to corporates and prices are bouncy. We will find other areas that are less competitive. This is a more general view on private assets,” Truell said.