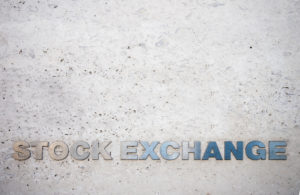 Kline Hill Partners has completed its friendly takeover of London-listed fund of funds Private Equity Investor (PEI) and will de-list the vehicle as early as next week.

The Connecticut-based firm has received valid acceptances of its offer representing at least 95 percent of shares in a 167 pence-a-share offer in a deal that values PEI at £19.9 million ($24 million; €22 million), according to documents filed with the London Stock Exchange. PEI’s board had recommended shareholders accept Kline Hill’s offer, saying the deal gave “certainty of cash today”.

Kline Hill’s bid represented at 10.6 percent premium to PEI’s closing share price the day prior to the offer and a 20.9 percent discount to its 31 March audited net asset value.

PEI listed in London in 2000 and was established to provide shareholders with long-term capital growth through investments in US-based venture capital and buyout funds. The vehicle, which has made no private equity investments since 2007, holds stakes in 18 private equity funds including Draper Fisher Jurvetson and Oak Investment Partners-managed vehicles.

The fund’s biggest asset is its stake in DFJ ePlanet Ventures, a $30 million investment that accounted for 10 percent of its net assets as of 31 March.

PEI said it had received several approaches for the sale of some or all of its investments, including an offer in July to acquire 15 of its limited partnership interests at a 35 percent discount to 31 December NAV.

In documents announcing the offer on 11 August, the fund’s directors said they believed an offer for all of PEI’s shares were the best way to return remaining capital to shareholders and that Kline Hill’s option represented the best value.

Kline Hill, which was founded by Mike Bego, a former partner at Willowridge Partners, is using a vehicle named KHP Strategic 2 to acquire the shares.

The de-listing comes as SVG Capital, also a London-listed vehicle, awaits shareholder approval on a deal to sell its portfolio to HarbourVest Partners after the  firm made an alternative offer for SVG’s assets. SVG announced on Tuesday it had agreed to HarbourVest’s £806.6 million offer, five weeks after the investment manager announced a hostile takeover bid for the company.