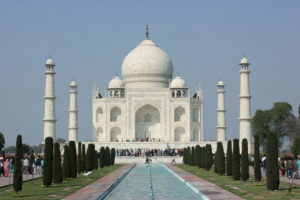 What’s going on today in India is, in some ways, a turbo-charged version of what’s happening elsewhere. There is a glut of private equity and venture capital funds at the end of their lives with a lot of net asset value remaining.

The 2008 financial crisis sparked an influx of private capital into India as investors, desperate for yield, bet big on its growing technology sector. According to data from EMPEA, 100 firms launched private equity vehicles targeting India between 2006 and 2009, with $8 billion raised in 2008 alone.

Things didn’t play out as hoped. Huge amounts of dry powder were met by sky-high valuations, making it a struggle for investors to deploy capital. GPs that did get deals done found it hard to exit them, hindered by underdeveloped capital markets and a dearth of strategic buyers. Today, a lot of fundamentally good companies are stuck in funds with no more capital to spend, their investors left in the lurch.

But just as the primary market was not mature enough to handle those capital inflows in 2008, so the secondaries market has struggled.

Firms whose funds are in the mature phase may no longer be active or have lost key people, a situation exacerbated by the long hold periods that characterise the Indian market. Those who remain may not have a clear exit strategy for their portfolio companies and aren’t sufficiently incentivised to maximise their value.

For any restructuring to be successful, the GP needs to demonstrate that if it’s given extra capital, it can do something useful with it. This is hard to do in a nascent market, where few GPs have a track record of more than one or two funds. Many restructurings were mooted and attempted in 2017, with few making it over the line.

The past year has seen a few significant victories. In April, Coller Capital signed an agreement with UK development finance institution CDC Group to commit up to $300 million to secondaries opportunities in India-focused private equity funds. A month later, the partnership closed its first transaction, a $98 million GP-led secondary process involving an unnamed 2008-vintage vehicle, a spokesperson for Coller told PEI.

In September, Indian venture capital firm Basil Partners announced that it had raised its latest fund using a complex secondaries process, according to a statement. Secondaries buyers Committed Advisors and NewQuest Partners bought a portfolio of five technology-focused companies from existing investors to seed the fund, which will be managed by Basil Partners’ team.

The aim was to open these assets to outside investors, as the  family offices and high-net-worth investors that comprised the existing investor base reached the limits of their spending power. The total size of the new vehicle was not disclosed, though Secondaries Investor understands it is in the range of $150 million to $200 million.

A month later, Capital Dynamics backed the restructuring of an Indian growth healthcare fund. The firm acquired limited partner stakes in Asia Pacific Healthcare Advisors‘ AHF Investment Trust fund, a 2011-vintage vehicle, and committed follow-on capital for future investments. Duff & Phelps, which advised on the deal, said that the firm saw “significant opportunity” in India and that the firm would expand its practice in the country.

The success of these deals appears to be a sign of increasing maturity. Amit Gupta, an India-focused partner with NewQuest, believes that the emergence of high-quality GPs will make Indian processes more attractive to global secondaries firms, which in turn will drive deal volumes.

“In the next cycle, for a lot of managers who will be on their third or fourth fund, it’ll be a standard solution,” Gupta told Secondaries Investor. “The typical secondaries guys will actually be able to take a call on the GP who’s going to manage the assets.”

At the same time, it seems that India is benefitting from the same positive forces that has buoyed the Asian market at large: high amounts of dry powder encouraging a move down the risk curve and a coming together of pricing expectations for buyers and sellers.

While the former will remain, the recent slump of Asia’s public stock markets could cause pricing expectations to diverge once again, stopping deals from getting done, according to one Hong Kong-based secondaries advisor. For now, however, GPs and secondaries investors can reflect on what has been a year of growth.