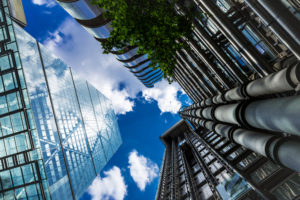 Intermediate Capital Group has confirmed it raised $1.1 billion for its latest secondaries fund, three months after Secondaries Investor reported the firm had held the final close on the vehicle.

The London-based mezzanine-focused firm beat its $1 billion target for Strategic Secondaries II Fund, according to a statement. The fund is around 40 percent invested.

“Raising over $1 billion for our first blind-pool fund was a very gratifying achievement, and demonstrates the importance of fund restructurings in the private equity ecosystem,” Andrew Hawkins, head of secondaries at ICG, said. “This is a growing market and we are pleased to offer a dedicated global fund to fulfill the need of investors.”

The fund was backed by institutional investors in Europe and North America, the firm said.

Strategic Secondaries II Fund has a 1.15 percent target management fee on committed capital, according to a March presentation on the firm’s website.

London-listed ICG manages €23.3 billion of assets in third-party funds, and proprietary capital, mainly in closed-end funds, according to the statement.