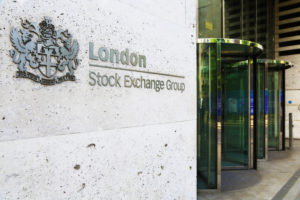 HarbourVest Partners said on Friday that it would give SVG Capital shareholders another seven days to decide whether to accept the Boston-based investment firm’s 650 pence-a-share final offer for the company.

London-listed SVG is the target of a £1 billion ($1.3 billion; €1.2 billion) unsolicited bid from HarbourVest, which held a first close for its cash offer yesterday at 1pm London time. The new deadline is 1pm London time on 13 October.

Early on Thursday, SVG revealed it had reached a preliminary agreement to sell its entire portfolio for about £748 million to the alternative investments unit of investment bank Goldman Sachs and the Canada Pension Plan Investment Board.

SVG said the offer from Goldman Sachs and CPPIB represents an aggregate value per share of 680 pence – this represents a 4.6 percent premium to HarbourVest’s offer. The private equity investor plans to return some £1,064 million to shareholders through a series of tender offers as the company is wound up.

In a statement on Friday, HarbourVest said: “In the light of the proposals disclosed by SVG Capital yesterday, HarbourVest believes that an extension of its offer provides shareholders with additional time to consider its compelling and final offer.”

As at 1pm on 6 October, HarbourVest said its holdings of SVG shares now stand at 36.2 percent of the existing ordinary share capital of the company. This figure includes the 26.6 percent previously owned by SVG’s largest shareholder, Coller Capital; valid acceptances from other shareholders; and the 8.5 percent HarbourVest purchased in the open market on 12 September, the day it announced its offer.

HarbourVest also has an outstanding letter of intent to accept the offer from a shareholder representing 8.8 percent of SVG.

In its statement HarbourVest noted that the sale of SVG’s entire portfolio to Goldman Sachs and CPPIB is non-binding, and cited SVG’s own acknowledgement that there is “no certainty” over the proposed sale and its final terms.

“Should HarbourVest’s offer lapse, there is no certainty that an alternative transaction will be pursued nor any certainty as to the timing or quantum of any distributions to shareholders,” HarbourVest said.

“Shareholders who have not yet accepted the offer are urged to do so without delay.”

SVG responded at mid-morning on Friday to announce that its board expects to sign definitive agreements with Goldman Sachs’ Alternative Investments & Manager Selection Group and CPPIB shortly.

“All parties are devoting significant resources to finalising terms as quickly as possible,” SVG said, once again urging shareholders to reject HarbourVest’s offer. SVG said it will update shareholders on its progress before 13 October 2016.

SVG shares were a touch lower at 667 pence in early trading on Friday.