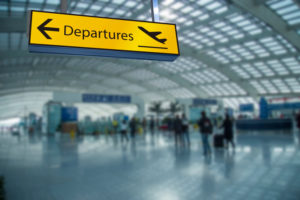 Evercore‘s European head of secondaries and one of the investment bank’s secondaries advisory unit’s founding members is leaving the firm, Secondaries Investor has learned.

Nicolas Lanel, managing director and head of European private capital advisory, is retiring from the partnership and will no longer be officially with the firm by the end of the year, according to two sources familiar with the matter.

His next move is unclear.

In an email to clients dated 8 October and seen by Secondaries Investor, Lanel wrote: “I will be winding down my day-to-day management responsibilities with immediate effect although I will, of course, continue to support the team and our clients to ensure that all ongoing and near-term prospective mandates are successfully completed or transitioned by then.”

Lanel noted he was “extremely proud” of what Evercore has achieved since he founded the business with Nigel Dawn in 2013.

Lea Lazaric Calvert, who joined Evercore in London in 2015 from UBS where she was involved in fund placement, will take over from Lanel, the email confirms. Lazaric Calvert will lead a team of 10 professionals including Francesca Paveri and Jasmine Hunet, both UBS alumni who between them have almost two decades of experience in secondaries advisory.

Lanel is a seasoned secondaries professional who established UBS’s European secondaries advisory team in 2007, according to Evercore’s website. He joined the firm with fellow UBS alumnus Dawn in 2013 to set up its secondaries business. According to a statement from Evercore announcing the launch at the time, the business would be owned by Evercore and key members including Dawn and Lanel would take minority stakes.

Since 2013 Evercore has grown its advisory business and last year tied with Greenhill Cogent in first place with $8 billion worth of deals closed, as Secondaries Investor reported in March.

In July Evercore hired Park Hill director Ryan Rohloff as a vice-president, based in New York. In London the firm has 10 professionals in its private capital advisory unit.

– This story was updated to include comments from Lanel’s departure letter and details of the London team personnel.