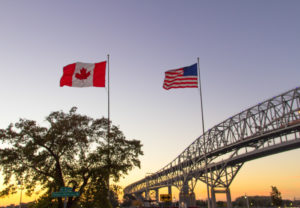 Ardian was lead buyer on the deal, while Lexington Partners also was a buyer. The deal closed on 31 March, two of the sources said. It is understood that Evercore advised on the process.

The portfolio included stakes in brand-name managers, including CVC Capital Partners, Blackstone and Apollo Global Management, one of the sources said.

The deal closed at a time when many regular M&A deals, as well as secondaries transactions, are on hold as buyers and sellers wait for more transparency around valuations of assets. Private equity asset valuations lag by about a quarter or more, so performance marks as of 31 December are just being finalised now and will not be out until later this month or May.

Valuations as of 31 March, which will include the initial impacts of the coronavirus downturn, won’t be out until mid or late summer.

This lag in reporting makes it hard for buyers to price transactions right now. LP portfolios can be especially challenging to price because they generally contain multiple funds with numerous underlying assets, all of which have to be valued.

In the case of CPPIB, a purchase and sales agreement was signed well before the pandemic. This means buyers would have little recourse to get out of the deal. Many M&A deals include a material adverse condition provision buyers can use to get out of deals, but invoking a MAC clause is considered a fairly extreme move that can lead to lawsuits.

It is unclear if this deal, or most secondaries deals, contain provisions to break signed deals.

“It’s very rare that someone is going to walk from a PSA,” one of the sources said. “If it wasn’t signed, then absolutely.”

Another factor in this deal is that Ardian is one of the largest LPs in the market, and likely has relationships with the managers of the funds in the portfolio. Because this was considered a high-quality portfolio, it’s likely buyers on the deal still had confidence in the underlying assets to pull through the downturn.

Those funds, like most investments, “will face write-downs”, one of the sources said. “You just hope they can withstand the pain.”

While this deal has closed, some other large LP portfolio sales have been paused for now, sources said. These include sales from GIC, Singapore’s sovereign fund, and a large portfolio sale from Abu Dhabi Investment Authority, several sources said.

Although the sales were paused, it does not mean the transactions were terminated; the expectation is these sales will come back to market perhaps in the second half of the year, several sources said.

Ardian and Lexington declined to comment when first contacted about the deal, while CPPIB did not return a request for comment.

– This story first appeared on Buyouts.