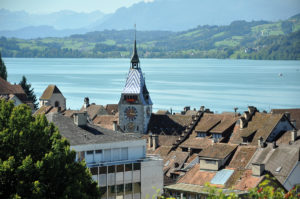 Capital Dynamics has held a close on its latest secondaries fund after around 12 months in market.

The Zug-headquartered alternative asset manager has collected $180 million from 37 investors for Capital Dynamics Global Secondaries V, according to a filing with the Securities and Exchange Commission. It is unclear whether this figure includes all capital raised.

Secondaries Investor revealed in August last year that Capital Dynamics was back in market seeking $750 million for its fifth fund, having raised $564 million for its 2014-vintage predecessor against a target of $350 million. Fund V had raised at least $56 million across one onshore and one offshore vehicle as of 7 August 2018.

Investors in Fund V include Wales’s Clwyd Pension Fund, which committed $10 million, according to PEI data.

Deals the firm has backed include the restructuring of Indian growth healthcare fund Asia Pacific Healthcare Advisors and the acquisition of a 2006-vintage portfolio of stakes from Italian fund of funds Advanced Capital, Secondaries Investor has reported.