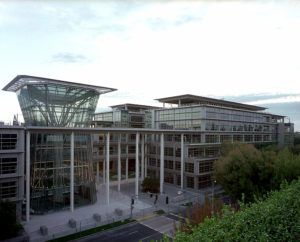 At the meeting on 13 June, CalPERS acknowledged that its investment in private equity “has been a topic of significant discussion” by the investment committee and stakeholders in the $295 billion pension fund. However, without the contribution of private equity funds which have outperformed the global public equity benchmark, the expected annual returns for the Public Employees’ Retirement Fund would be reduced by an estimated 30 to 70 basis points, it said.

The interim target allocation to private equity of 10 percent set in 2014. As of 29 February, it had 9.7 percent of its assets invested in private equity.

From 2002 until 2015, the fund’s yearly commitments to the asset class have accounted for 0.3 to 2.8 percent of the annual commitments to the industry. The pension has responded to criticism regarding its ability to monitor fees on those investments with the launch of its Private Equity Accounting and Reporting Solution last year, as reported by sister publication Private Equity International.

In its market valuation analysis, CalPERS noted that valuations for private equity, real estate and US Treasuries are at all-time high levels and have become more fully valued compared to 2013, driven by an extended period of low interest rates. In contrast, global public equities, corporate credit and commodities appear more fairly to somewhat undervalued, CalPERS said.

The price to earnings before interest taxes depreciation and amortisation multiples paid in buyouts was more than 10.5x as of 31 March, higher than the average since 1997 of just above 8x and have risen above pre-crisis highs

It also attributed the strong valuations to high public market valuations, which have facilitated the exits of domestic private equity deals, and to a large amount of unfunded private equity commitments that have led to competitive pricing of private assets.

CalPERS also noted the lack of transparency when investing in private equity as a challenge, and recent efforts to address the problem related to the asset class.

CalPERS has worked with the Institutional Limited Partners Association (ILPA) and other limited partners on a fee reporting template, which was finalised in January and is currently being evaluated and adopted by industry participants.

CalPERS said in the agenda that it has received ILPA fee reporting information for slightly over half of CalPERS’ private equity portfolio.