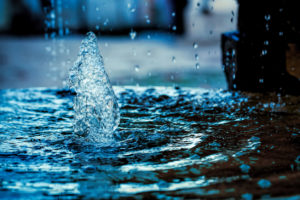 Greenspring Associates has held a final close on its $200 million hard-cap for its latest fund, Greenspring Secondaries Fund II.

Fund II will invest in LP interests in venture capital funds as well as in growth stage companies, mainly on a secondaries basis, like its predecessor fund.

Venture capital represented 27 percent of the $40 billion total secondaries volume in 2015, according to data from Greenhill Cogent.

Secondaries Investor reported towards the end of April that the fund had raised $187 million, according to a US Securities and Exchange Commission regulatory filing. At the time, 66 investors had committed to the fund.

Limited partners in Fund II include Allegheny County Retirement System, which committed $2 million, according to PEI Research & Analytics. The Baltimore City Council, a returning investor, also committed $20 million to the fund in March, according to board meeting documents.

“We’re excited about the fund in the context of our venture capital platform,” said Ashton Newhall, managing general partner at Greenspring. “Primary investments in funds and growth stage companies intersect with a wide range of parties seeking liquidity. We hope to leverage these synergies to find compelling investment opportunities.”

Greenspring Secondaries Fund I closed in the summer 2014. The fund’s initial target was $100 million, according to a March Securities and Exchange Commission regulatory filing.

Greenspring, which has $4.1 billion in assets under management, has offices in Owings Mills, Maryland, and Palo Alto, California.